Short-Eared Owls hunt by slowly circling an area, often several times, before diving down into tall grass and emerging with their prey. The “fly-by” depicted here is from a long effortless-looking glide afforded by large rounded wings. It’s thrilling to watch with anticipation as a large bird like this glides along before banking hard and diving, almost without warning.

I tried to capture that moment of anticipation, and left a lot of space in front of the subject in the composition to imagine the speed and potential in the owl’s behavior. I also really liked the contrast between the busy outer wing pattern and the simpler wing lining. 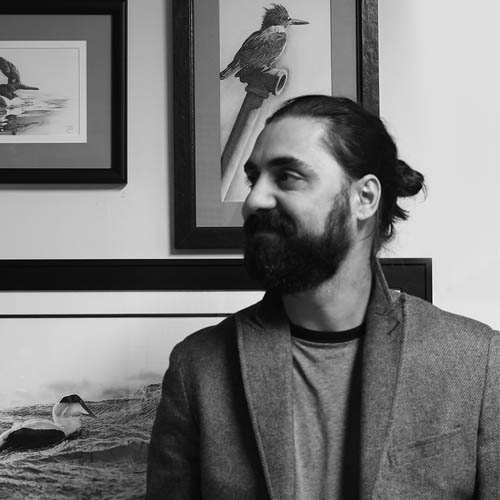