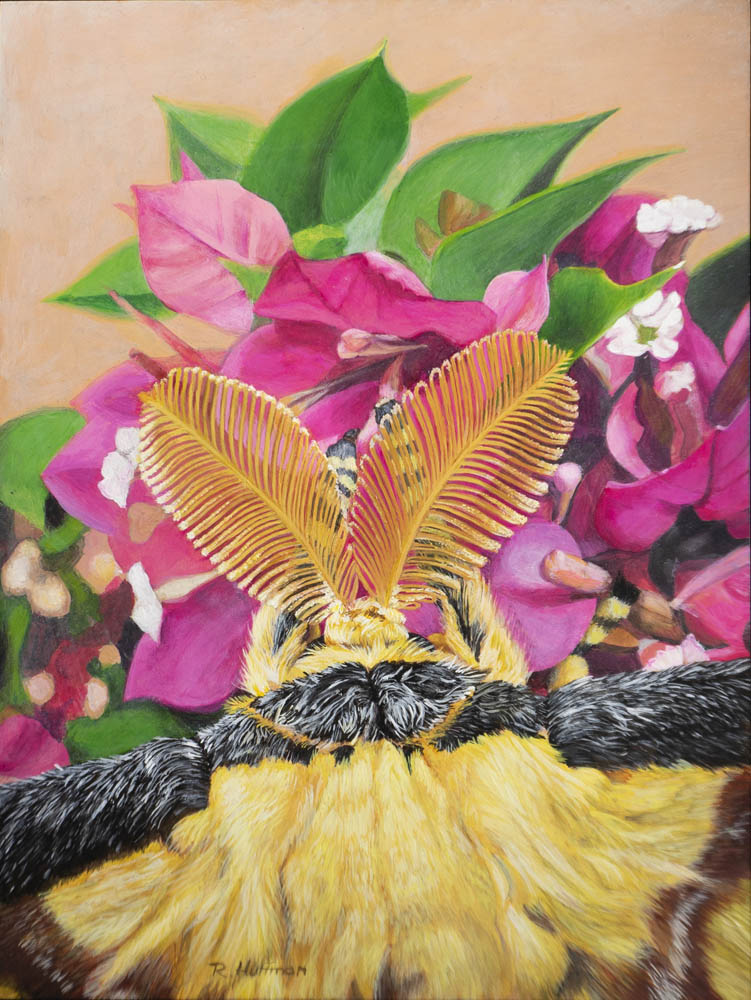 While volunteering at Stony Brook University’s Centre Val Bio in the rain forests of Madagascar, I spotted this male comet moth. Also called a Madagascan moon moth, he had stationed himself on a vase of bougainvillea which I’d arranged for a concert the evening before. Adults only live for four or five days.

With a wingspan of nearly 8 inches and tail span of almost 6 inches, it’s one of the world’s largest silk moths. And though the male is proportionally smaller than the female, its antennae are larger and more feathery so they catch molecules of the female’s pheromones, making it easier to locate her for mating, according to lepidoptera curator Alessandro Giusti. Males can sense females from miles and miles away.

The colors of the moth against the flowers and the perfect design of the antennae captured my attention. 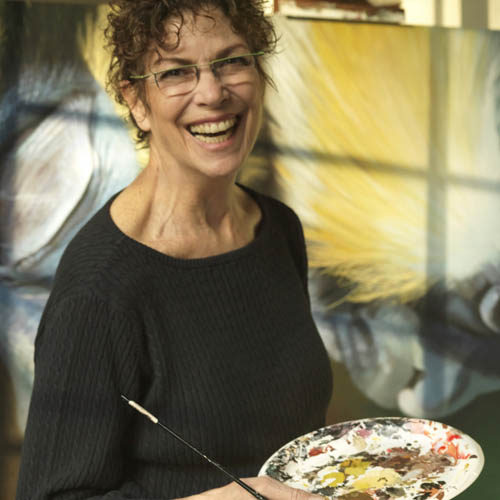