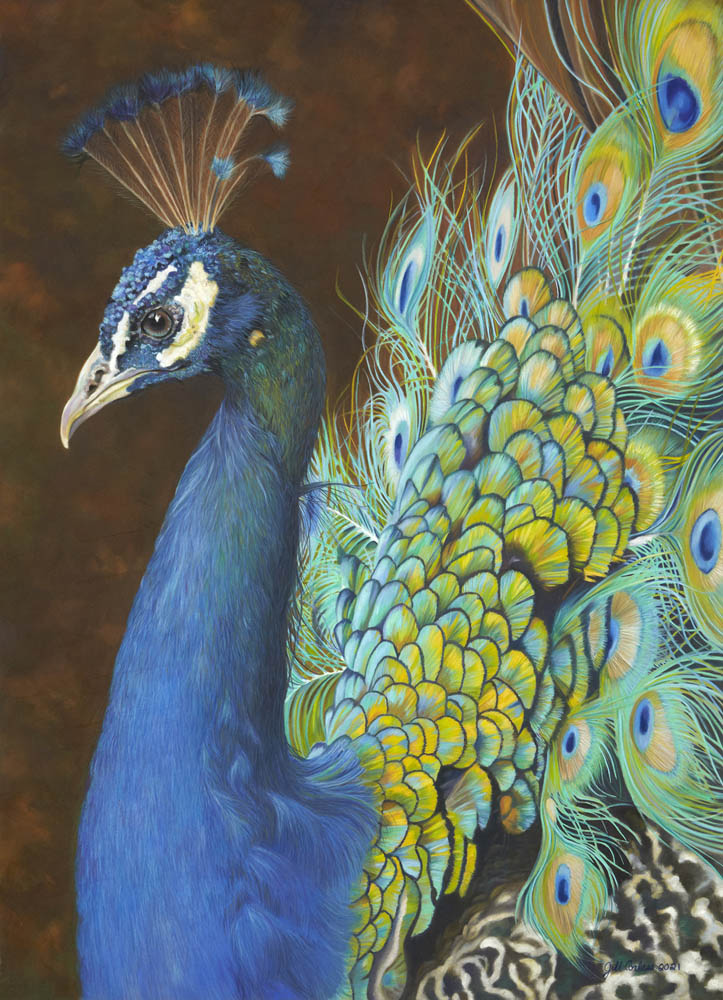 The male peafowl is called a Peacock, and the female is a Peahen. Interestingly, Darwin believed that the Peacock’s iridescent feather coloration was used to attract females. More recently, it has been suggested that it shows fitness since a less fit male would be less able to survive with such a long train and the vibrant plumage that makes them more visible to predators. The train is made up of elongated upper covets and is marked with eyespots called ocelli which, when the male fans its tail, are thought to attract the peahen. With a quick flip of showmanship, they fan their tail to show off their brilliant kaleidoscope of colors. 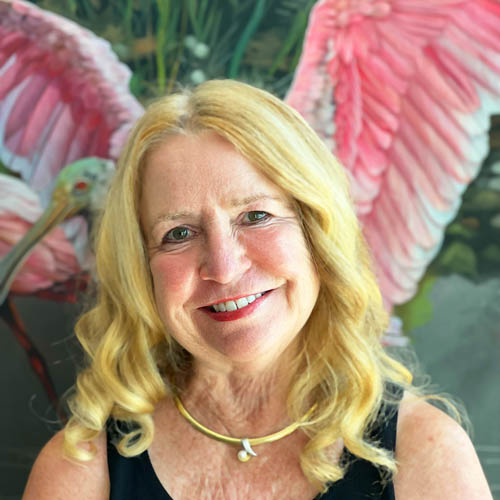